The ESL Tournament is finishing up its second month, with our last cup before the finals wrapping up over the weekend. Our top teams this month are gearing up to challenge each other for the $1,000 top prize, and next weekend we’ll begin the third month, starting with the Tournament debut of Cloak & Dagger! Be sure to sign up!

We’d like to talk about a major change regarding the E.LOCATORS planned for our next update.

We’ve been aware of many player concerns regarding how E.LOCATOR is used in a match. Currently, players entering the effective range of an E.LOCATOR are instantly marked. This gives players a significant amount of marking and assist scores, turning the E.LOCATOR into not just an intel tool, but a very powerful scoring strategy. 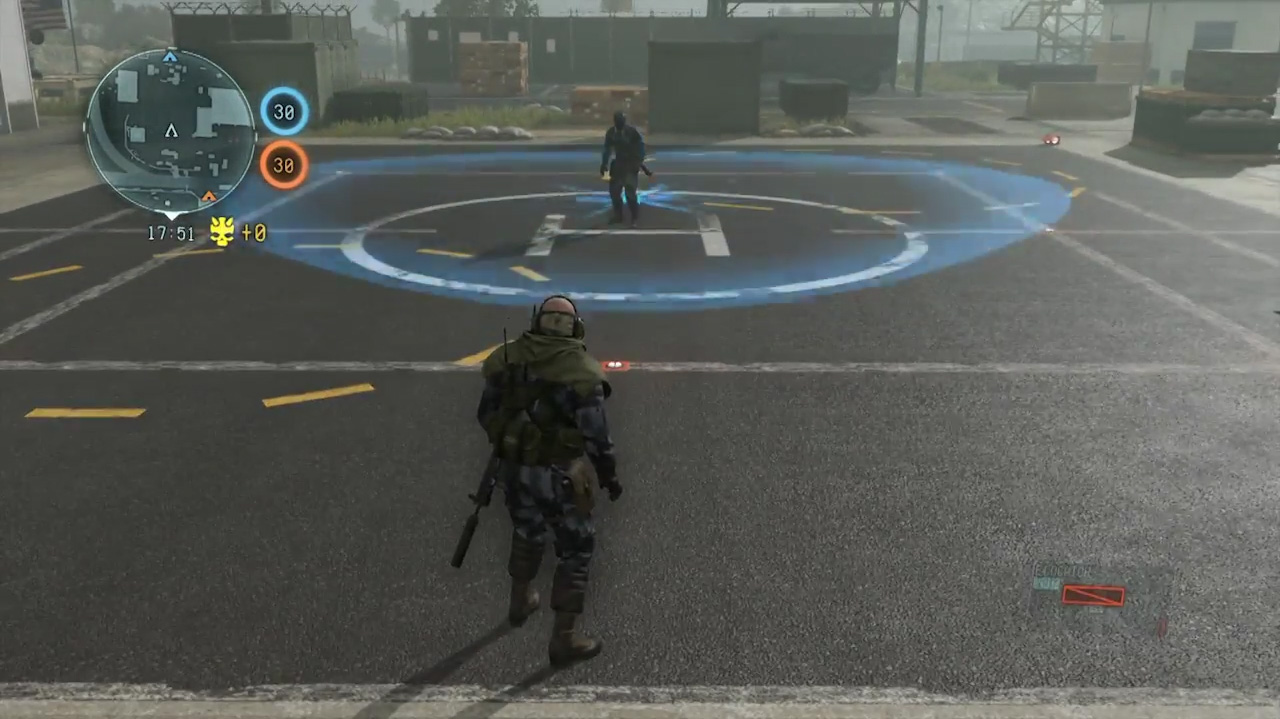 Lastly we have some exciting info about the upcoming DLC. Some of you might’ve had the chance to glance at the new maps at the Toukaigi event held last weekend at Makuhari, Japan, or perhaps you watched today’s Konami Live Stream featuring MGO DLC info. In these events, we were able to feature new info and key visual sneak peeks of our upcoming other maps, in particular RUST PALACE.

RUST PALACE takes place in what was called the “Lamar Khaate Palace” in MGSV:TPP. The standard playable area includes the surrounding area nearby the palace, but the RUSH mode will limit the playable area mainly to indoors.

The multi-level palace has access to higher levels through stairs but not all floors are secured. This ruined palace is barely standing together with splintered debris as platforms. This introduces new and exciting combat from different vertical angles. Likewise, the stage has been modified to better fit multiplayer gameplay with more platforms and ladders. Overall, this map will introduce a different type of close range combat with your enemies. Using your Infiltrator class on this map to start, might be a smart choice. 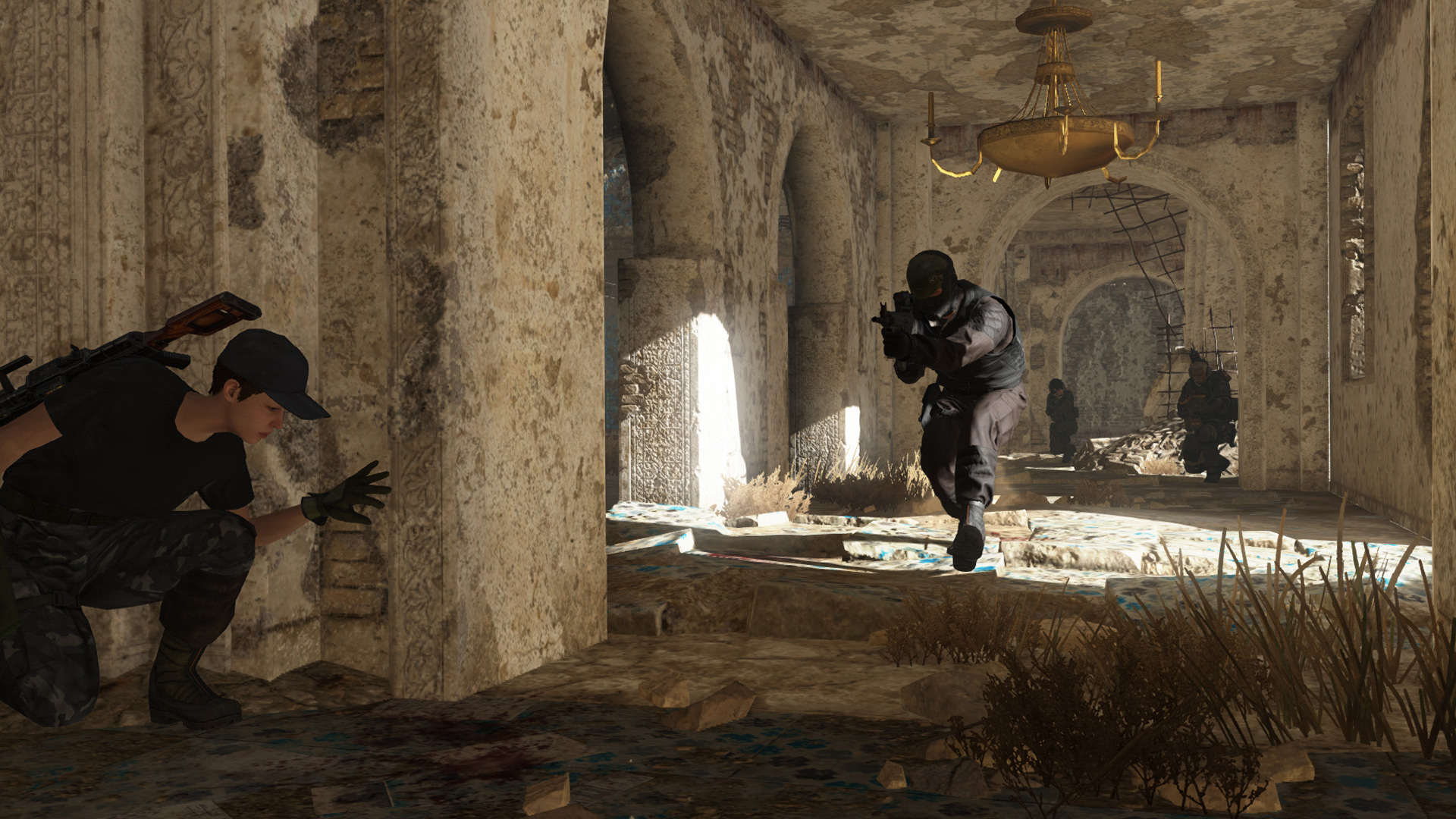 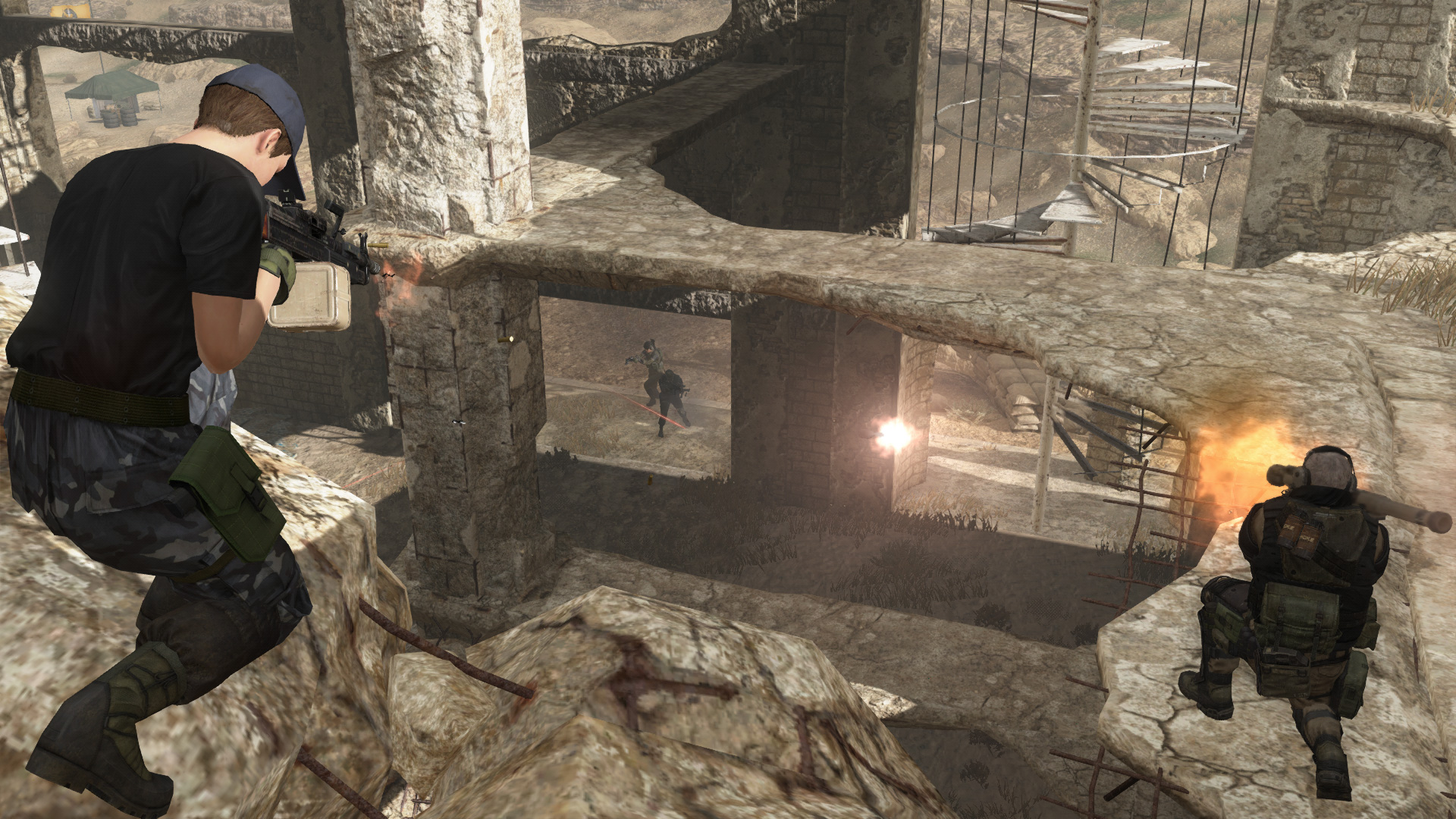 Players can expect the new DLC with RUST PALACE and other great content to arrive March 2016. Check back each week on Designer’s Notes as we provide further details on all the upcoming content.

Look forward to Designer’s Notes Vol.13 next week and, as always, thank you for your continued support of MGO!