Welcome to another Designer’s Notes, Vol. 11!

Cup #4 of the ESL Tournament has concluded and the teams are continuing to impress! Congratulations to all the winning teams! Don’t forget to check out next week’s cup, and join up with your own team for a chance at great prizes, including prints from AOJI !

In the previous volume, we’ve shared detailed information about one of the Unique Characters, “Snake”.

This week, we would like to cover another unique personality from MGSV, “Ocelot”! 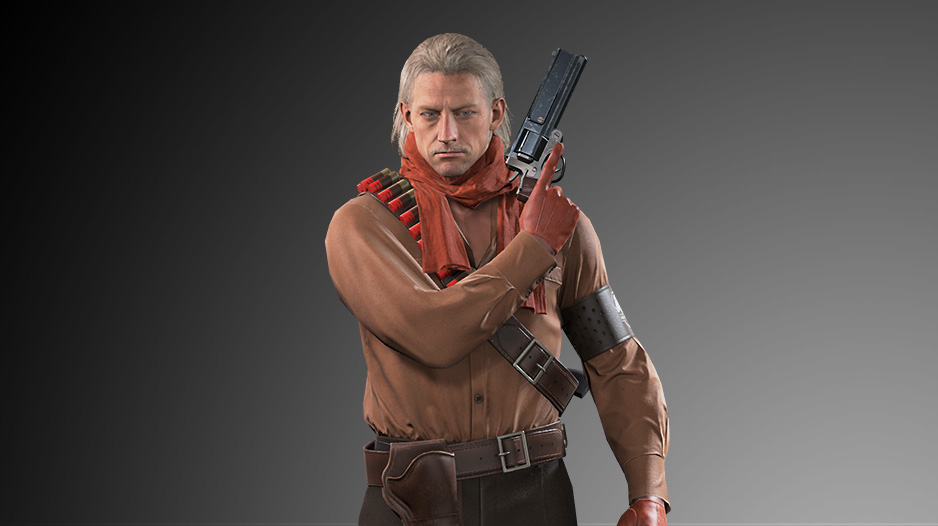 Ocelot’s health parameter stands right between Scout and Enforcer class, with a stamina level equivalent to Scout class. He also has similar mobility levels to a Scout, which allows him to move across the map at standard movement speed.
Just like with Snake, Ocelot has a powerful signature ability known as “SHALASHASKA” and includes the following ability effects: 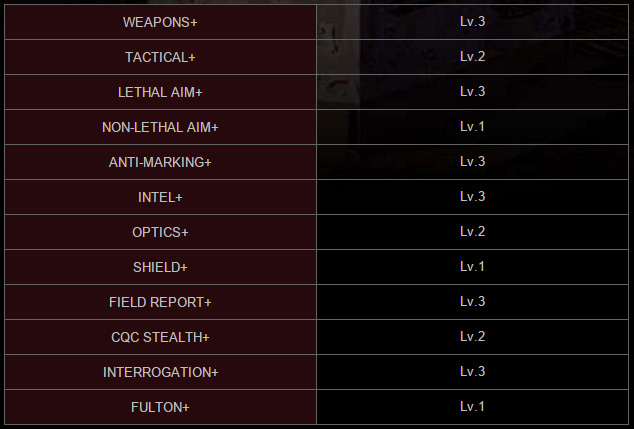 Ocelot’s SHALASHASKA retains 27, mainly intel related, ability slots. Purely looking at the number of slots he uses, you could argue Ocelot’s ability is even more powerful than Snake’s signature ability. 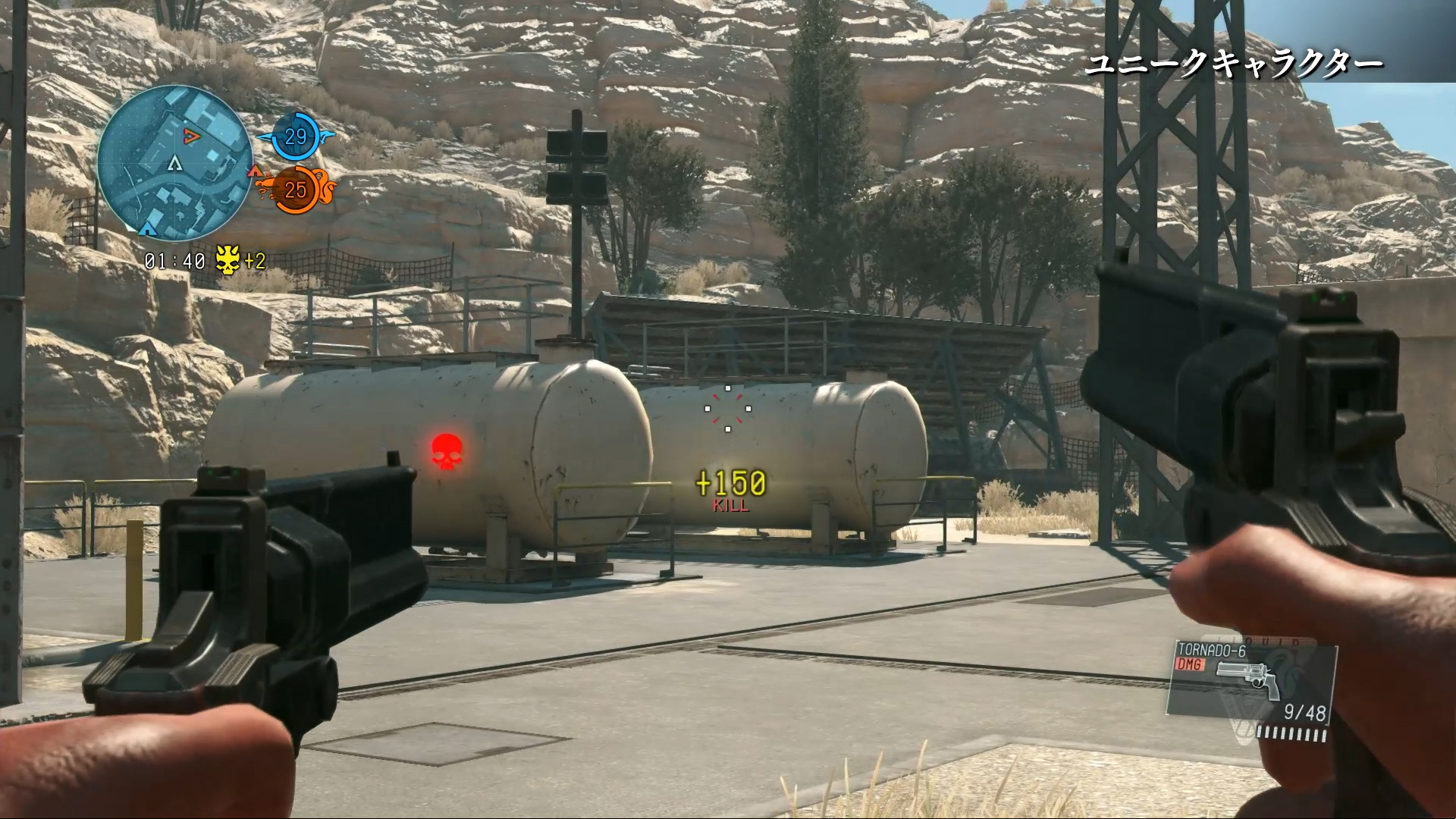 Ocelot’s signature weapon is the “TORNADO-6”, a single action revolver that features a unique bullet ricochet when fired at solid surfaces. Aiming at nearby objects adjacent to a marked enemy will lock the ricochet right on target.

A single TORNADO-6 can be used with a shield, or equipped as stylish dual pistols without the shield, allowing him double the rapid fire ammo count without reloads.

A couple weeks ago, we’ve asked players to help us name one of the upcoming new maps for our DLC. 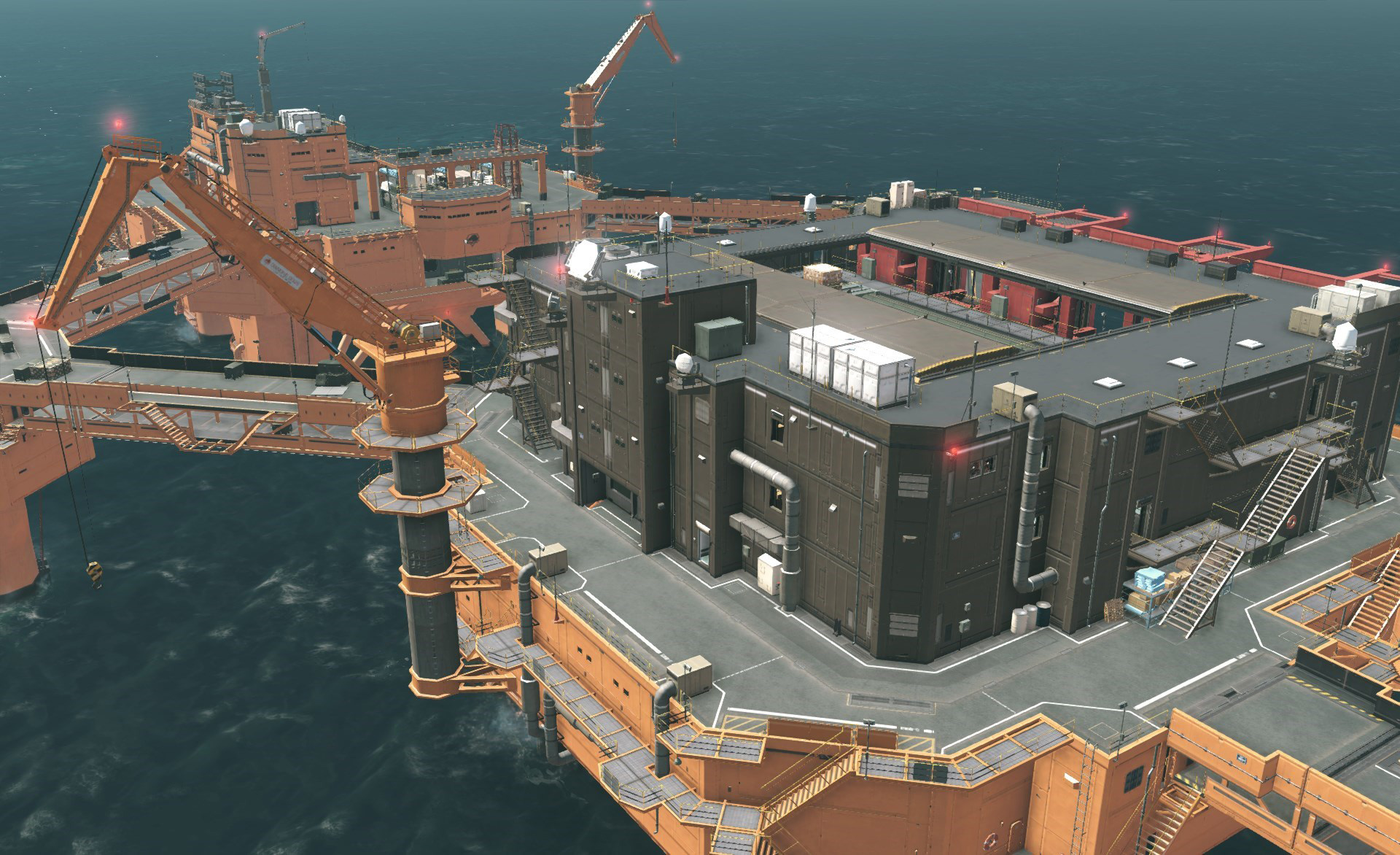 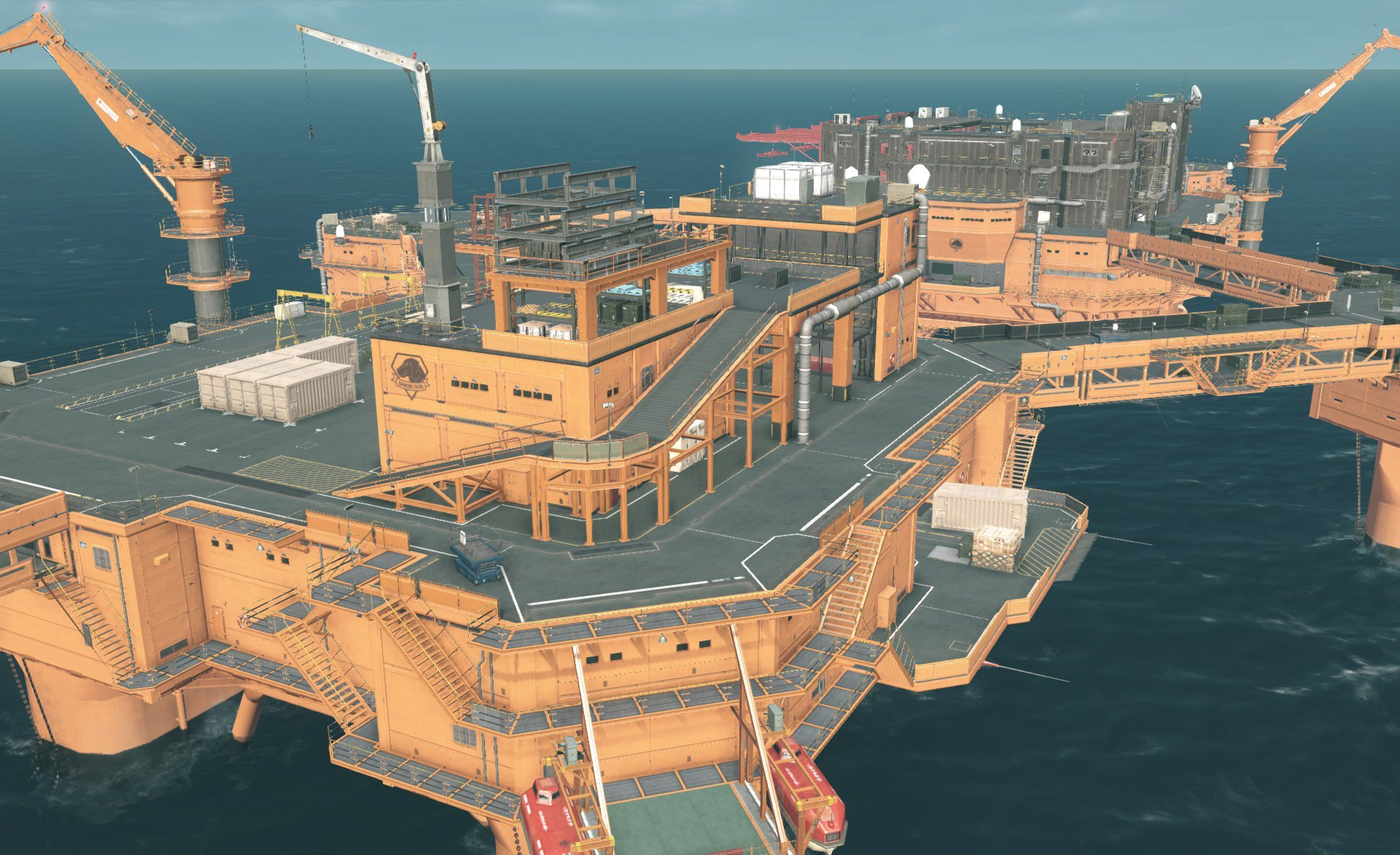 Firstly, thank you all for sending us a tremendous amount of great ideas. We’ve looked at every name idea from every corner of the world, but ultimately decided on one. The Motherbase map, available in the upcoming DLC, is officially named “CORAL COMPLEX”! Coral resembles the ocean surroundings and the bright orange coral reef fits the color of the Motherbase platforms or “complex” itself. In the end we felt this name perfectly fits the new map! 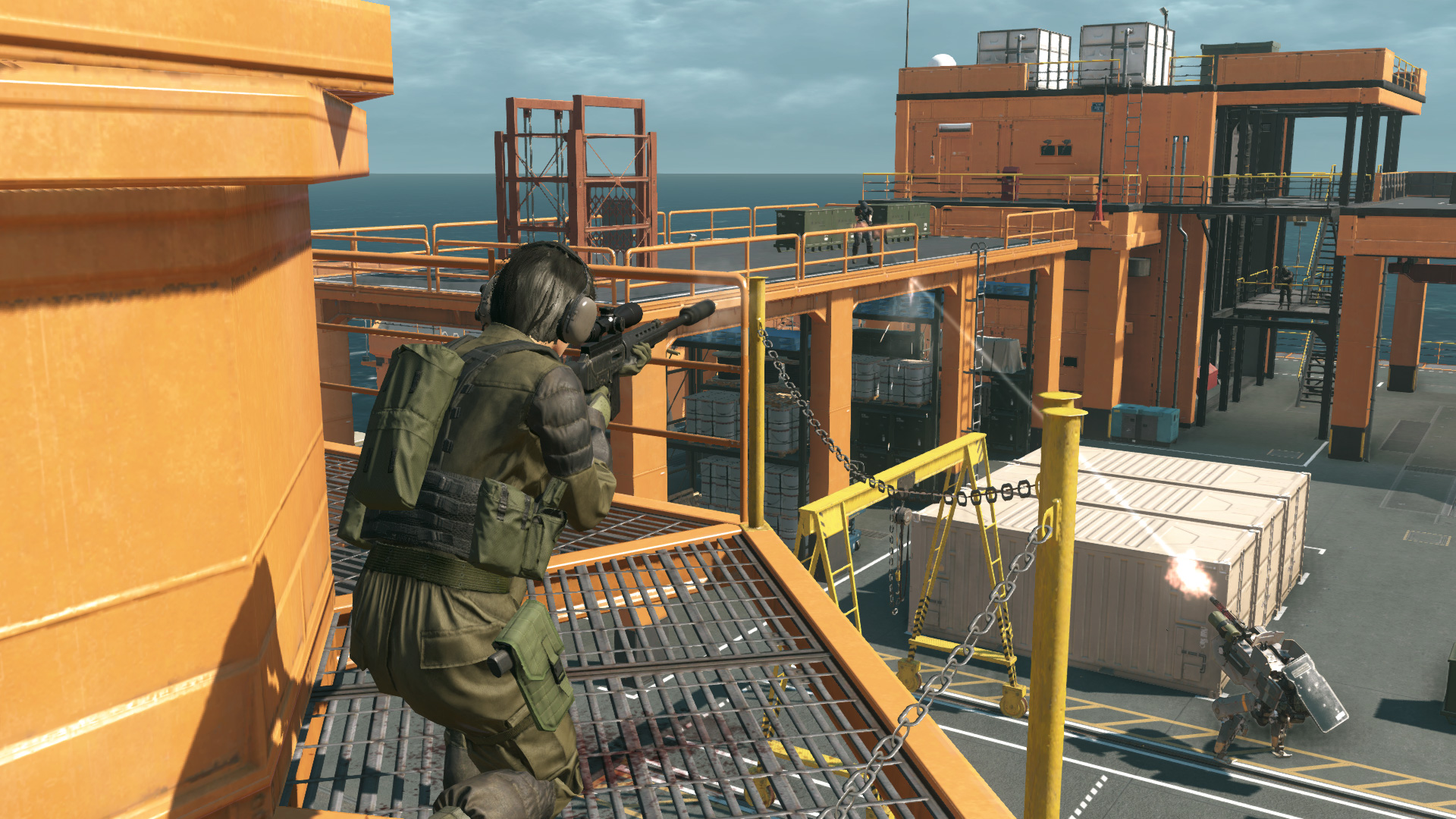 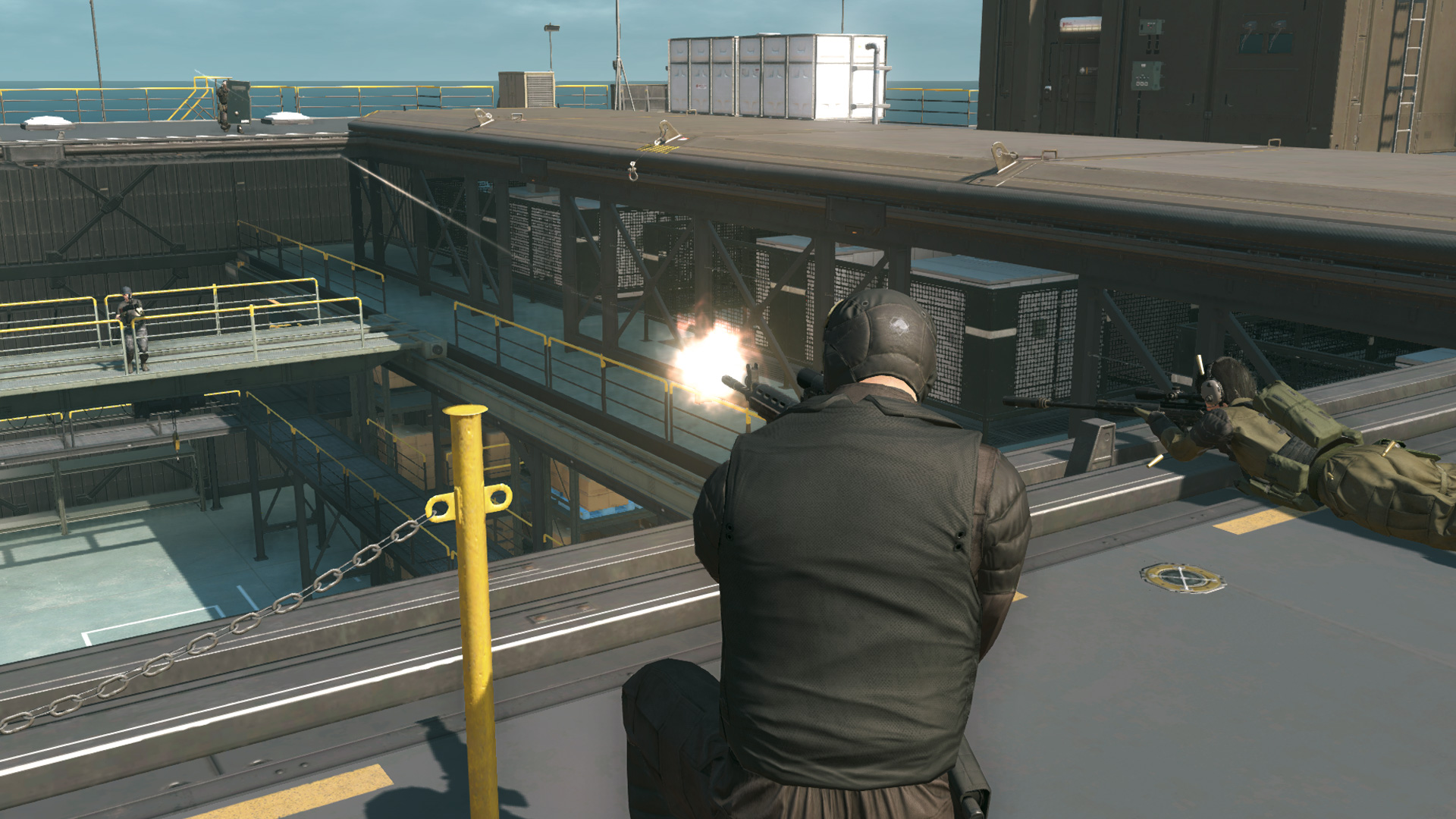 CORAL COMPLEX is built using the Support and Base Development structures from MGSV:TPP single player. We’ve made some adjustments to the length of the bridge to best suit multiplayer gameplay and increased the number of cover points across the map. An alternate entrance has likewise been added on the first floor of the Support base, and additional vertical paths throughout. 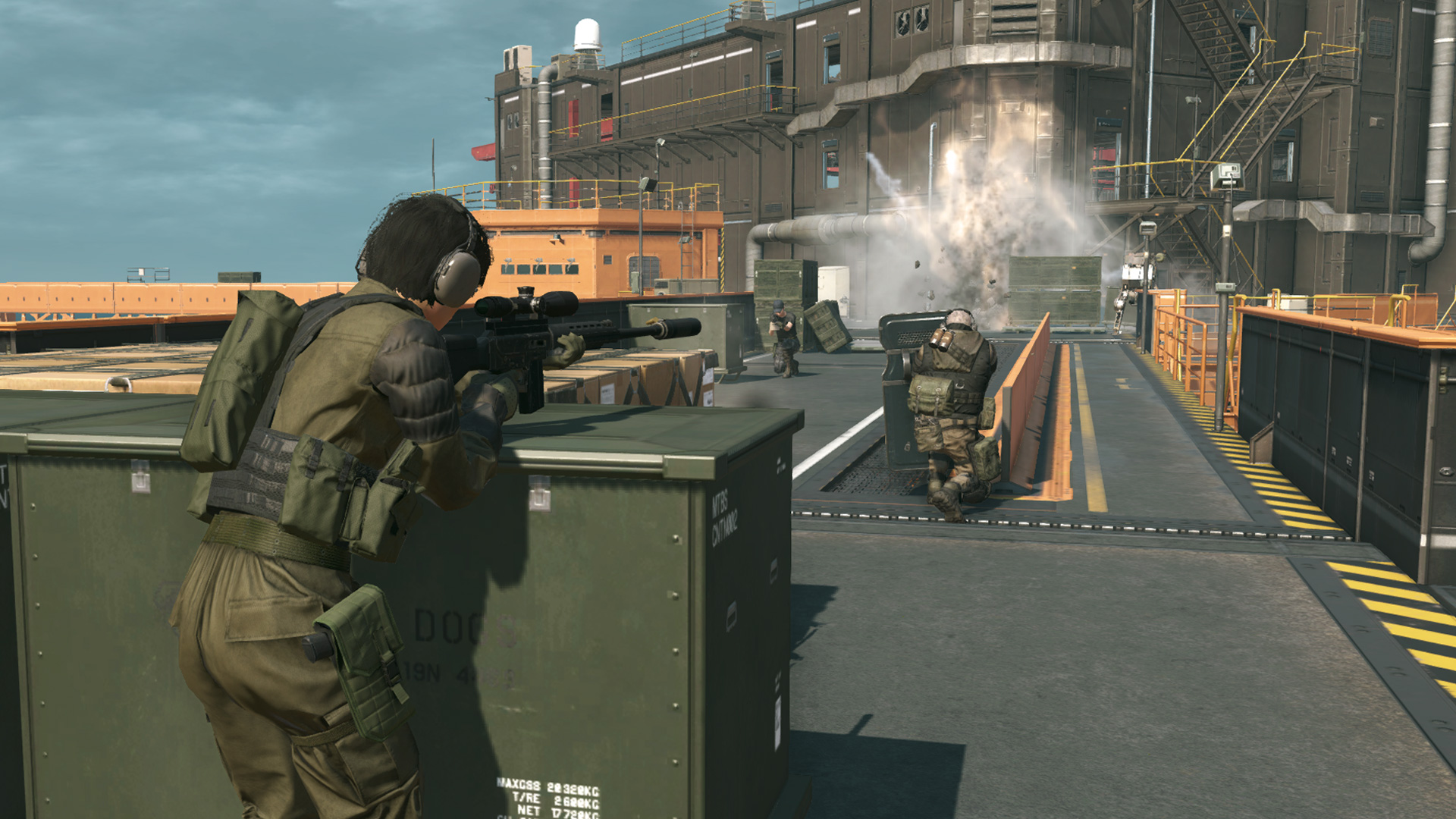 Both the Support and Base Development structures represent opportunities for higher verticality, which will introduce some great long range sniping action and new infiltration gameplay in MGO. Look forward to Designer’s Notes Vol.12 next week and, as always, thank you for your continued support of MGO!